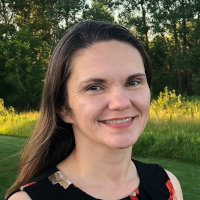 As the number of microservices grows and complexities increase, many of us wonder if our existing testing strategies still make sense. Although microservices are smaller and simpler than other architectures on a one-by-one basis, ensuring that the microservice ecosystem works correctly still presents challenges.

First, let’s briefly cover microservices and why testing strategies can be tricky.

Further factors complicate the testing landscape. First, the increase in surface area and integration between services means that there are more ways an app can fail. You also have to account for network failures. And microservices can involve a lot of asynchronous choreography, which results in brittle, flaky tests that take too much effort to maintain.

Despite these complications, there are still ways to test microservices. Let’s cover common testing strategies now. We’ll also briefly cover tips and tricks and what you should watch out for.

Combine these strategies based on your needs to create an overarching strategy that improves deployment confidence. Consider what works for your product and organization through metrics, and don’t follow a generic recommendation.

At the base of every testing pyramid, we find the humble unit test. Unit tests run fast and validate functions, methods, or classes within a microservice. The speed makes them ideal candidates for frequent local runs and the first step in any automated testing pipeline.

Your unit test suite validates business logic, state, and output of functions or methods. Additionally, they validate interactions between internal microservice components, AKA, the plumbing.

As unit tests make up the bulk of most testing strategies, let’s review a few recommendations.

Two important characteristics of unit tests include speed and coverage. Unit tests must run quickly. Your engineering team will determine the ideal test speed, typically measured in seconds. And coverage ideally falls in the range of 80 to 100%.

As mentioned in the section above, unit tests can test states or interactions. When testing functionality that involves states, use real objects and functions. For interactive or plumbing tests, use mocks, test doubles, and spies to ensure that the coordination of processes works correctly.

You may find that collaborative (or plumbing) tests don’t provide much value, and you may want to limit them. When determining which tests to invest in, consider the effort in creating and maintaining them. Ultimately, unit tests should not need to change when the underlying implementation changes. However, with plumbing tests, you almost always change the tests with the code, even when functionality doesn’t change.

Though testing strategies for microservices vary, it’s fairly unusual to see a codebase that doesn’t have more unit tests than any other tests.

Integration tests can be a bit slower than unit tests if they require a framework like Spring to start up, but execution time should still be quick. These tests usually don’t run repeatedly during local development. Instead they run before pushing code to CI and again as part of the CI pipeline.

Also, component tests validate the service without its dependencies. These tests also typically use test doubles, mocks, or fake external services that mimic actual dependencies. They can include testing tools that record and play back transactions that occur in a staging or production environment.

Depending on the complexity of your microservice, you may not need many component tests. The functionality could be covered by unit tests and integration tests.

Manage microservices without the chaos

In practice, contract tests might not fully prevent errors involving API contracts. Contract tests often simply notify you of a broken contract, which may be out of your control. However, they still provide value in knowing that a newer dependency or API version will continue to work correctly.

Since this typically implies a third party changed the contract, you’re giving yourself an early warning signal to quickly change or ask for backward compatibility.

Next, let’s consider end-to-end, or acceptance, tests. These tests use actual dependencies whenever possible. They’re the final check that we haven’t broken vital functionality for our customers. End-to-end tests increase our confidence that significant issues are caught before going to production.

As a best practice, keep these tests coarse and only test the most likely success paths and a couple of common error paths. When it comes to these acceptance tests, the system is a black box. And validation on state changes or events happens at the perimeter of the system. To further simplify these tests, consider excluding the UI, and test a headless build of the system to reduce issues with complex interactions.

In microservices, the main difficulty here involves flaky or brittle tests. If a complete business function involves multiple microservices, small changes throughout the system can make the tests unreliable and prone to error—especially for asynchronous processes that spawn events and fire-and-forget interactions.Minimize the number of acceptance tests to the most likely scenarios to reduce flakiness.

Many organizations also need performance tests. These can be done automatically, on a schedule, or ad hoc, depending on the organization’s maturity.If you have a system with large variances in load, you may want to automate stress and load tests as part of a deployment cycle or periodic schedule.

And finally, let’s talk about manual or exploratory testing.

With exploratory testing, we want to answer the question “What if?” For example, what if the customer didn’t follow the normal flow of operation? What if the data is in a bad state when a process occurs? This type of testing helps find unusual issues or even feature improvements and relies heavily on the tester’s imagination. Exploratory testing should happen periodically but often doesn’t happen on a regular schedule.

We’ve covered many test strategies and considerations. In the end, you’ll have to experiment with what tests you perform and how many of each type. Which tests add no value and require heavy maintenance? Which tests repeatedly catch issues that weren’t caught during development?

With all these tests, automation is critical. It’s important to automate executions and reporting and make the results visible to all.

You can add visibility to both targets and actuals in your OpsLevel Service Maturity levels, making it easy to see if a microservice is on track.By tailoring your testing strategy to the specific of your microservice ecosystem, you can incorporate the right kinds of tests in the perfect ratios to gain the confidence you and your engineers need to ship quickly and frequently.