Define and visualize your functional organization structure in OpsLevel.

Groups allow you to define and visualize your functional organization structure in OpsLevel. You can arrange teams into a series of groups that represent the logical business components of your organization. Groups also makes it easier to view reports for teams in order to see how they are performing.

Groups can be created from the Groups page by clicking New Group.

A modal will open where you can fill out the group name, description, managers, parent group, and the teams that directly belong to the group you are creating. Teams and groups can only belong directly to one parent group. 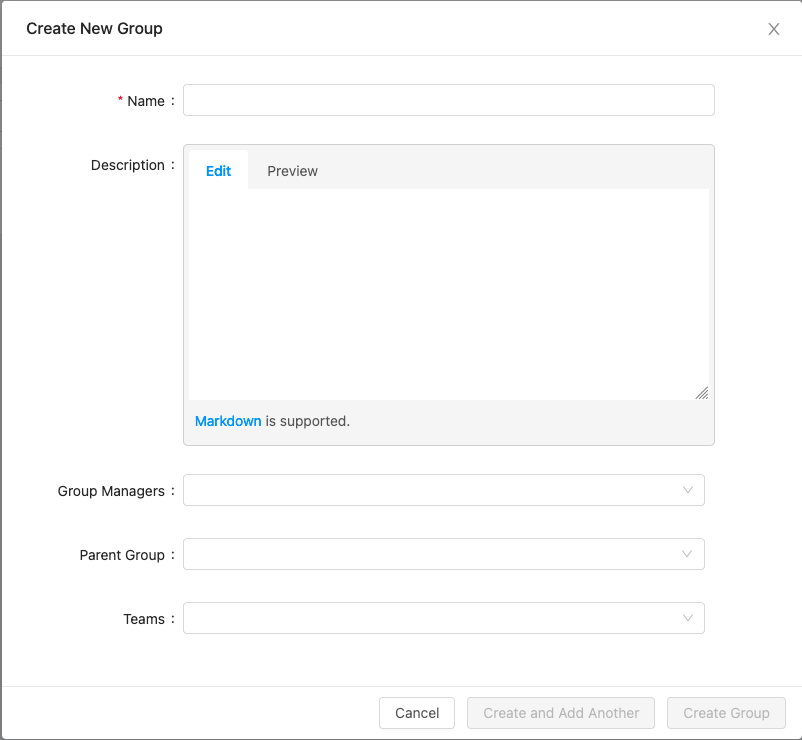 Note: There is a limit of 100 groups that can be created per account. If you need more, please reach out to us at support@opslevel.com.

If you want to create a group whose parent has already been created, you can click the ... icon next to the group and then select Add Subgroup.

This will open the modal with the parent group pre-filled, making group creation faster. 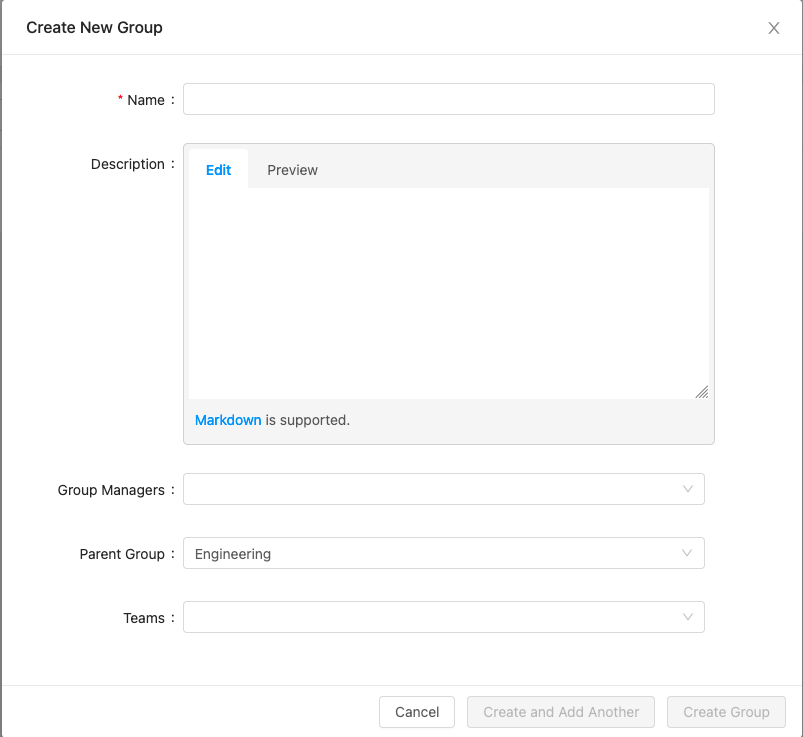 You can also search for a group or team by its name to quickly find it. We will filter out the other groups and teams and expand all of its parent groups so you can see where it is in the organization. 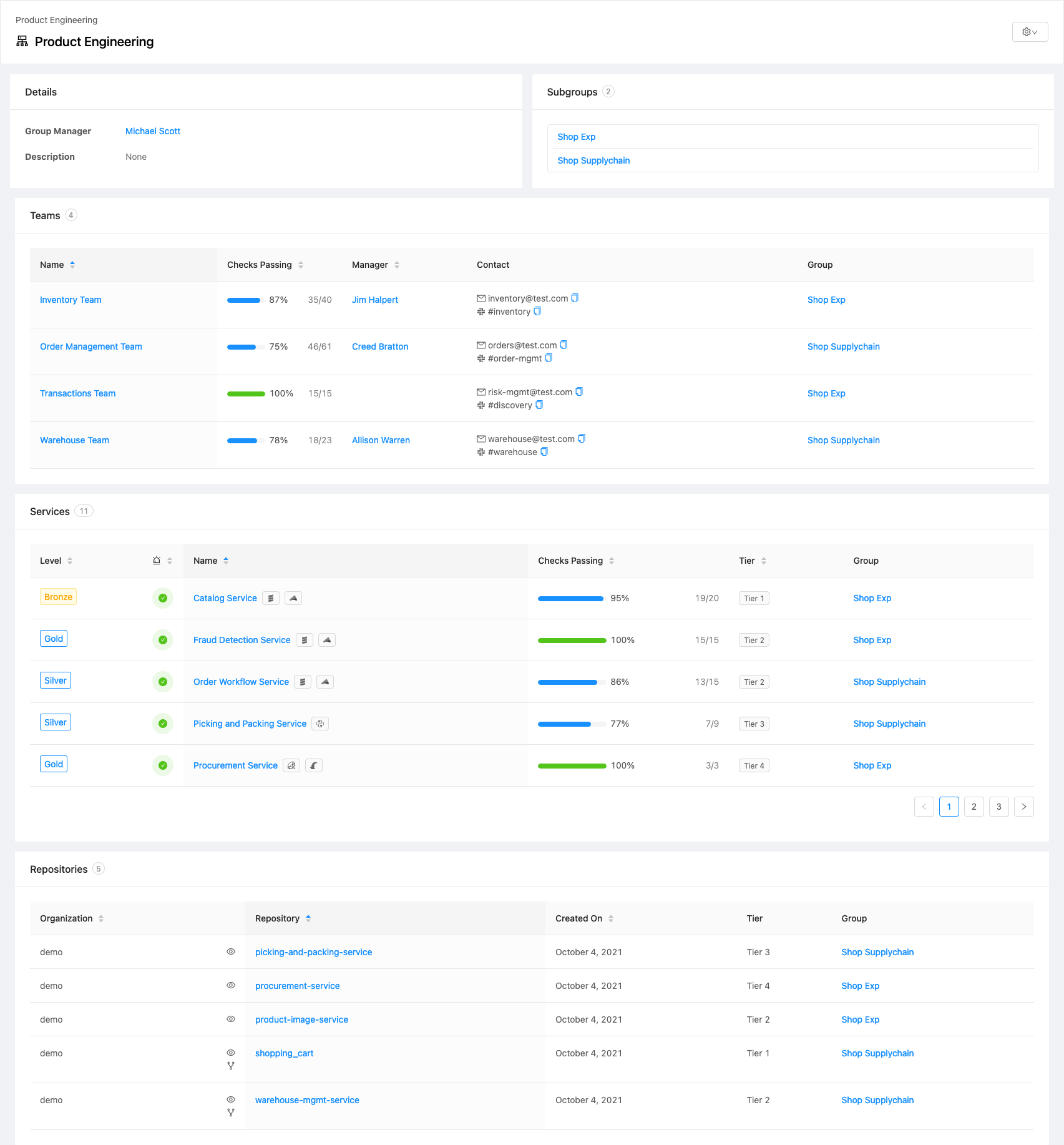 Filtering services to see which ones are owned by a functional group of teams is a lot easier with groups. Instead of creating a filter with all the teams in it and having to keep that list up to date, you can now create a filter with a group.

In the example above, we will filter down to the services that are owned by teams that directly belong to the Platform group or belong to any of Platform’s descendant subgroups.

You can filter the maturity report by group to easily view how teams and services are performing across a functional grouping. The reports table contains the group that the team directly belongs to. 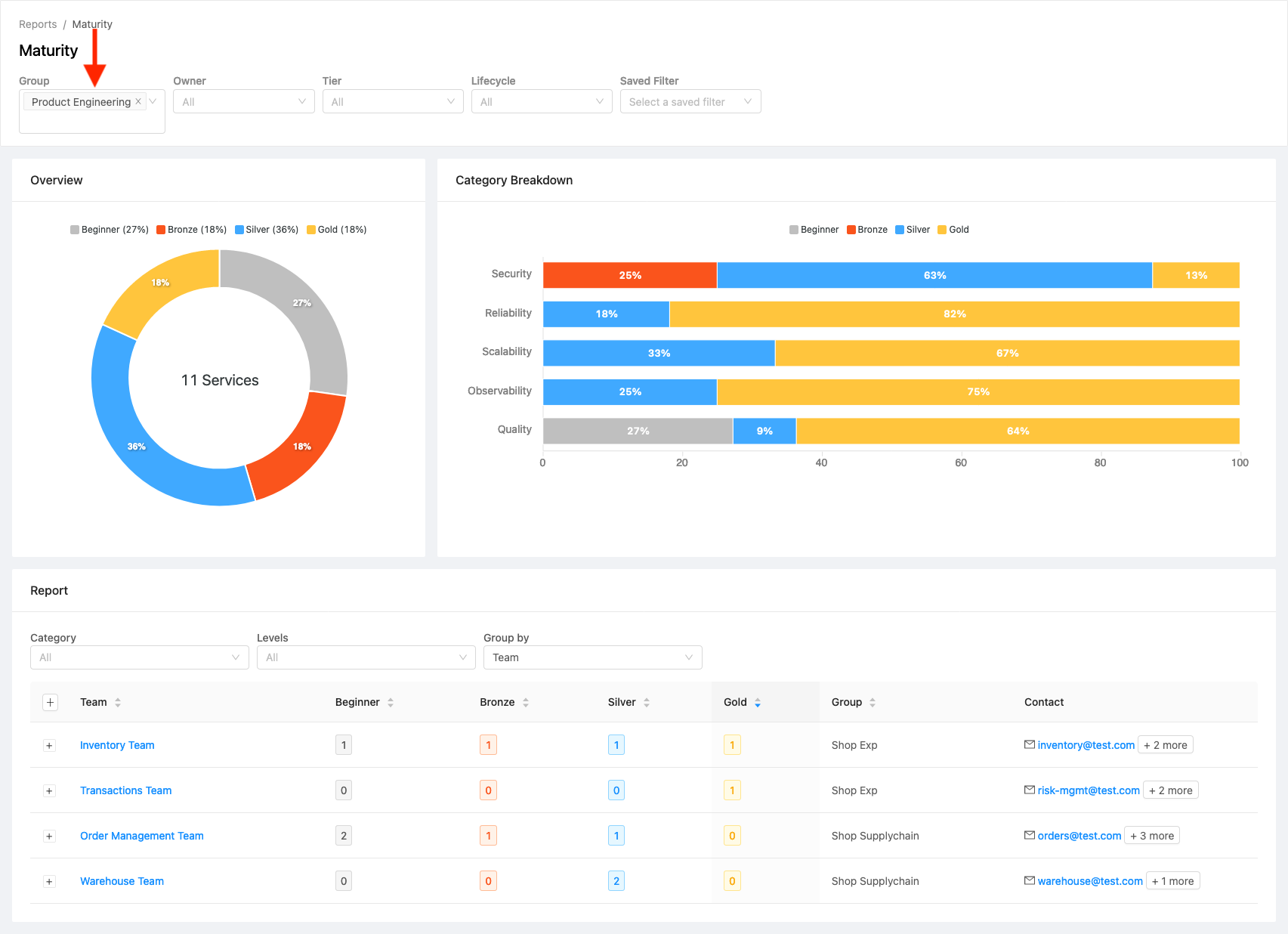